Admittedly, myths about video poker have been around longer than the Internet. Luckily technology has done away with one crazy video poker myth.

Can you guess which one it is? The one where players believed that you must insert cold coins into a video poker machine. So, if the machine pays out hot coins it means that it’s getting hotter.

The advent of video poker machines meant that they no longer required coins. However, there are still dozens of rumors that are still doing the rounds. However, some of them have a whisker of truth to them. Let’s check them out. 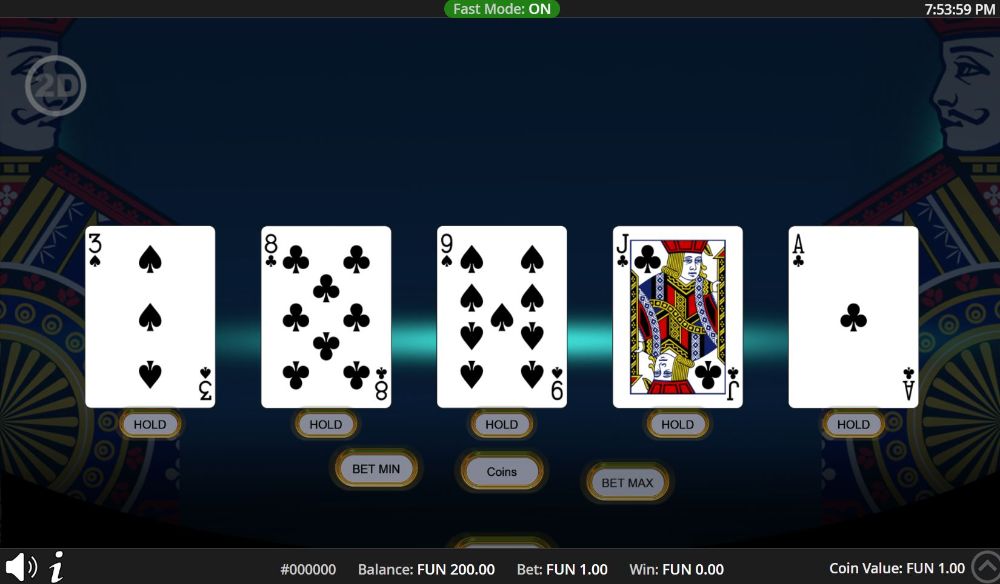 The best online casinos in the USA to play video poker are Wild Casino and MYB Casino. Once you sign up at any of these casinos. You qualify for a match bonus worth thousands of dollars in extra cash. Moreover, you can withdraw your video poker winnings instantly through cryptocurrencies like Bitcoin.

Don't Play a Machine That Just Hit a Royal Flush

Initially, this common video poker myth makes sense since a Royal seldom hits. The initial inclination of most US players is, what are the odds of this hand pitching again, right? Wrong. The odds of landing a Royal Flush is like 40,000 to 1. Just because the last hand was a Royal it doesn’t mean it won’t pitch again.

If a Royal Flush hasn’t paid in ages, players are still under the illusion that it’s “due any moment”. Like we said before, your odds of catching a Royal is 40,000 to 1.

So, the closer the video poker machine gets to 40,000 the bigger the possibility of landing a Royal, right? Wrong again. Each hand is completely independent of the previous hands and has roughly a 40,000 to 1 of dropping a Royal. Regardless, of the previous or millions of hands.

You’ve been feeding one $20 bill after the other into the video poker machine for hours on end. Lady luck still refuses to grace your machine with her appearance. You decide it’s time to take a small break by grabbing a bite.

When you return to your machine you see that it just paid out the Royal Flush. Someone just won your Royal Flush! If you haven’t moved you would have won the jackpot. Wrong again. The random number generator of each video poker machine decides the outcome of each hand.

Simply put, the RTP is constantly cycling. The moment you hit the draw button the RNG already decided which hand you’ll play with next. To sum up matters here. The chances of you hitting the button at the exact instant the player who won it is zero. Therefore, the odds of you winning the Royal Flush are pretty remote. It never was your Royal Flush.

The speed you play the video poker machine has no bearing on the outcome of your hands. In fact, the faster you play the more you stand to lose. More haste also means less speed and increases the probability of playing recklessly.

Besides, the paytable of the video poker machine determines the payback. This myth can become true under certain conditions. The payback of the video poker game must be more than 100 percent. Two prime examples are Full Pay Deuces Wild (100.76 percent) and Full Pay Double Bonus (100.17 percent).

The machine and bonus point cashback can add up to 100 percent. On certain days some casinos may offer multiple points. If the paytables are good enough it’s possible to exceed more than 100 percent.

You won’t win money every time you play so keep that in mind. Make no mistake you’ll still have losing sessions. The difference however is you’ll win more money than you’ll lose.

For the most part, we agree. When players bet the maximum 5 credits most games pay the bonus on a Royal Flush. If it is the case, you’ll lower the house edge when you stake the maximum of 5 credits. Then again, if you can’t afford to wager the max 5 coins rather it’s best to bet less.

There are several video poker myths and beliefs that still surround them. The point of it all is to remember that there are not any shortcuts to winning consistently. Pick a video poker game you like.

Learn the basic strategy and always play within the ambit of your casino budget. It also helps a lot if you accept the bonus the online casino offers you. Make sure you can use the bonus to play video poker. And, understand the terms and conditions of the video poker bonus.

The Top Blackjack Countermeasures Casinos Use

The Top Blackjack Countermeasures Casinos Use

The top Blackjack countermeasures casinos use is their way of counteracting new player strategies. This article takes a closer look at the newest strategies gambling sites use to thwart smart blackjack ...

We wonder at times if Wild Casino really is the heavyweight boxing champion of the online casino world. Wild Casino stands out among the competition with their deposit bonus, games and fast payouts. But is it really a wo...